Once Upon A Time ~
we met at a concert ministry in Phoenix ~ we dated 6 months/ engaged 6 months ~ he asked me to marry him at the end of the runway at Luke AFB watching fighter jets take off ~ so sweet and romantic ~ our wedding was at 2pm August 25th, 1979 ~ at Mission Drive Baptist Church in Phoenix ~ my gown cost $100 from Diamonds on Central ~ Randy wrote the music for our wedding and sang one of the songs to me ~ he thought I'd cry, I didn't, but he did ~ my Dad gave me away ~ my Mom made ham & cheese sandwiches for the reception ~ my sister Ginny and friend Linda were my bridesmaids ~ my sister Kathy made the bridesmaids dresses ~ my 10 year old brother Kevin lit the candles ~ that's when I cried ~ Randy's brother Barry was the photographer ~ my sister-in-law played How Great Though Art on the piano ~ my wedding ring was Randy's Mamaw's wedding band (from July 14th, 1914) ~ we gave a little concert and opened our gifts at our reception ~ we received 3 decoupaged plagues of our wedding invitation ~ so we hung one in every room ~ our friend Bobby decorated Randy's '69 Dodge Charger ~ we honeymooned in Disneyland ~ we literally ran from ride-to-ride ~ best day ever! ~ the entire wedding cost $600 and I still have every receipt. If I could do it over, I wouldn't change a thing.

And we lived happily ever after ~
in sickness and in health ~ till Jesus takes us home.
The end.

Posted by Linda Larson Thompson at 10:51 AM No comments:

My husband Randy was diagnosed with Frontotemporal dementia 3 1/2 years ago at the age of 60. He  is unaware that anything is wrong with him. He has never asked why he is not working, or driving, or going to church anymore. He has never asked why he gets into a cab each morning to go to an adult day care. He no longer sings or plays his 12 string Guild. And he rarely ever mentions family and friends. But he is sweet and peaceful and easy to love.

Randy started attending the Phoenix day care in March, because the Tempe location was not a lockdown facility and he was needing one. I was very pleased with his new daycare, except for his transportation. Valley Metro provides Regional Paratransit ADA Transport services ~ Transdev and AAA Yellow Cab ~ as transportation providers for the elderly and disabled. (prior to July 1st, it was Dial-a-Ride) And the experience has been a nightmare. The letter I received stated that "all cab drivers would be trained to provide service that is safe and courteous"... which has not always been the case. They have been 2+ hours late picking him up many times... and even though Randy's file states he has dementia and needs door-to-door, hand-to-hand check-in, he has been dropped off at the curb, no where near the entrance to the facility and left to find his way. I'm serious. Thankfully he was eventually found wandering in the heat. (we're talking 4th Ave. & Osborn) Appalling.

When he is dropped off each day at our home, I hear Koda bark and quickly run to let Randy in the front door, only to find the cab long gone. And you can not even see our front door from the driveway. What if I hadn't gotten home in time for his drop off? Deplorable.

But what pushed me over the edge was when he went missing for 2 1/2 hours Thursday, July 13th. He was picked up from the day care at 3:15, but when he wasn't home by 4pm, I started calling. By now they know me well as I have pretty much called to vent my concerns weekly (if not daily) since March, with no return call from a supervisor or manager. Ever. Oh, and the minimum wait time on hold is 1/2 hour, so when I finally talked to someone, they said his cab driver went to help a cab driver that was in an accident. Then she put me on hold when I demanded to talk to the dispatcher. She then said I could call the dispatcher, and the dispatcher proceeded to tell me Randy wasn't in the accident, but would be home soon. Then the actual cab driver called me. The only words I could understand was "hospital" and "your address". I asked if Randy was in the hospital and he said no. I gave him our address and he immediately hung up, and would not answer my return calls. I was frantic and my gut knew they were not being truthful. Randy finally arrived home at 6pm. He has no short-term memory, so I kept calling anyone that would give me a straight answer. The next morning, with fear and trepidation, I had to put Randy back in a AAA Yellow Cab because I had the AC guy coming. I was overly nice, even though the cab driver was visibly angry when I responded to his demand for a payment, by telling him he had to walk Randy into the daycare, sign him in and he would get his ticket payment. An hour later I got a call from the daycare that Randy was found wandering outside. Again. I was livid. Then an hour later I got a call from a man that needed to talk to Randy about the accident he was in yesterday at 3rd St. & Thomas. (in front of St. Joe's) Sure enough, I called the police and the police report said Randy was in that cab! Still wondering why the police officer did not call me as Randy wears medical alert dog tags with the word dementia and my cell no. He apparently assumed the cab driver was calling me to let me know. Unconscionable.

Thus began the process of getting to the bottom, by talking to someone at the top. After several days of calls and demands and threats, the General Manager of Valley Metro Paratransit called me at 7pm. I shared every detail of Randy's transportation nightmare since March... and she was shocked and totally unaware. She listened, apologized and assured me there would be changes. I told her I was moving Randy to another day care that had their own transportation, but that I would continue to fight for those that didn't have a voice... to make sure the elderly and disabled would be treated with safety, dignity and respect. I would fight for the elderly that are waiting for hours to be picked up for a Dr appointment, that would now need to be canceled... for those with disabilities that need to get home on time for their next dose of pain meds. I am deeply disturbed that in this day and age, a city the size of Phoenix, does not have a better system. Heartbreaking.

So, thus began the process of moving Randy to the Mesa day care. But first the Dr visit, TB test and blood work... not easy for someone with dementia. And while I knew this change would rock his safe, predictable world, I was willing to put him through this for safe, reliable transportation.

Well, on his last day before starting at the Mesa daycare, Randy's transportation to the Phx daycare arrived an hour late, 7:30am rather than 6:30am. I got a call on my 9:30 break that Randy had yet to arrive at his daycare. That was my breaking point. I lost it. I called ADA Transport, then the dispatcher, no one knew where he was, nor his driver. Finally at 10am Randy was dropped off - 2 1/2 hours after he was picked up! The driver said his GPS broke. Seriously?! You drive around for 2 1/2 hours and don't think to call for help?! Shocking.

Needless to say I was all the more grateful Randy was starting at a new daycare. Unfortunately after a very difficult first day, the director told me the facility was not a lockdown. What?!!! Randy's case worker assured me it was. I was devastated... and heartsick for Randy. He continued for two more days but would not stop obsessing about getting out.

So Friday, Aug.11th, he was back at the Phoenix day care and doing so much better. I am still at the mercy of the Valley Metro Paratransit system... but his first week back went very well. No complaints. No mishaps. Thankful.

While this has been a crazy 6 month journey... my faith and dependency on God has grown. He has protected Randy countless times. He has calmed my heart, given me strength, shown me grace amidst uncertainty and disappointments. He is exposing my control issues, my fears, my pride and unbelief. And continues to love me with an everlasting love.

I could not walk this unexpected journey without the Lord in my life. 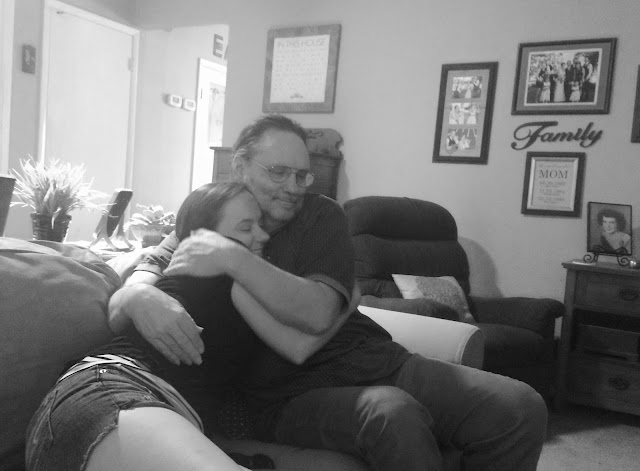 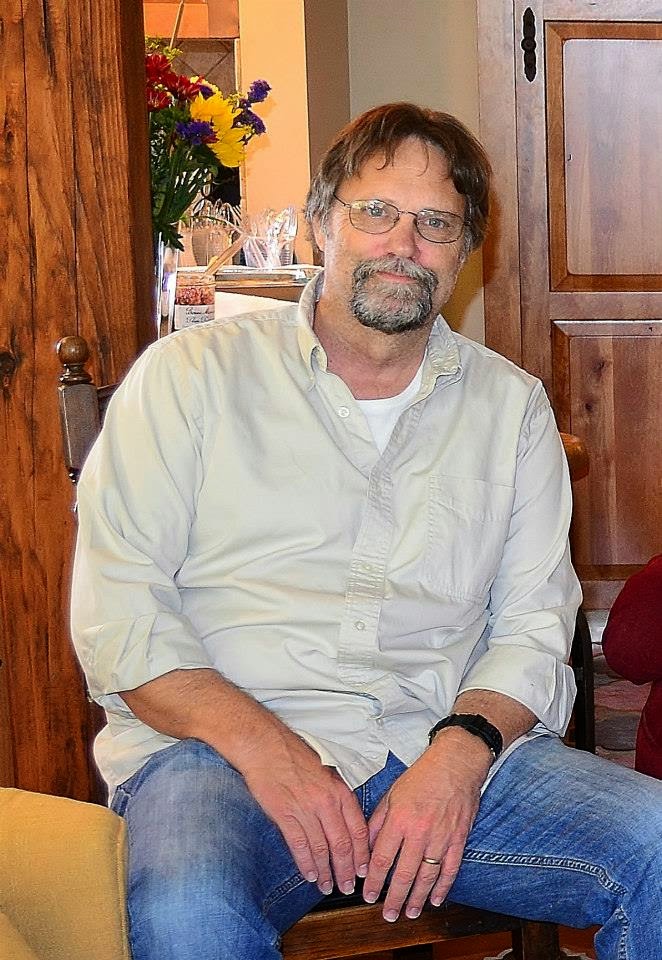 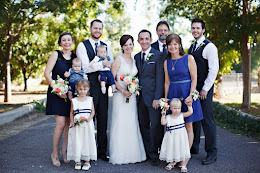 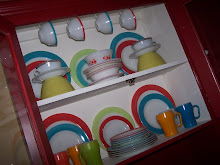 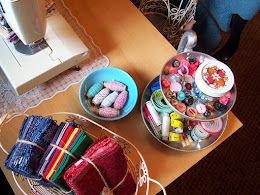 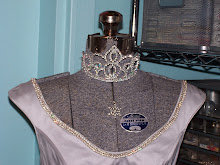 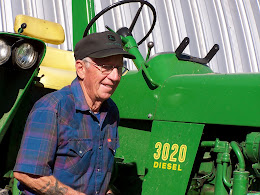 So God Made a Farmer ~ YouTube
Show 25 Show All